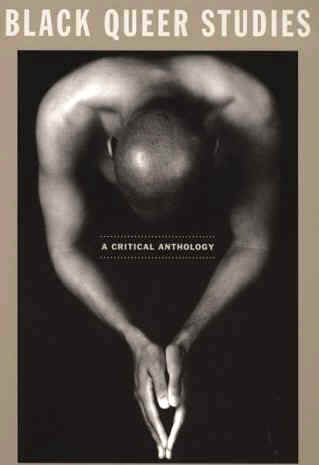 While over the past decade a number of scholars have done significant work on questions of black lesbian, gay, bisexual, and transgendered identities, this volume is the first to collect this groundbreaking work and make black queer studies visible as a developing field of study in the United States. Bringing together essays by established and emergent scholars, this collection assesses the strengths and weaknesses of prior work on race and sexuality and highlights the theoretical and political issues at stake in the nascent field of black queer studies. Including work by scholars based in English, film studies, black studies, sociology, history, political science, legal studies, cultural studies, and performance studies, the volume showcases the broadly interdisciplinary nature of the black queer studies project.

The contributors consider representations of the black queer body, black queer literature, the pedagogical implications of black queer studies, and the ways that gender and sexuality have been glossed over in black studies and race and class marginalized in queer studies. Whether exploring the closet as a racially loaded metaphor, arguing for the inclusion of diaspora studies in black queer studies, considering how the black lesbian voice that was so expressive in the 1970s and 1980s is all but inaudible today, or investigating how the social sciences have solidified racial and sexual exclusionary practices, these insightful essays signal an important and necessary expansion of queer studies.

About The Author(s)
E. Patrick Johnson is Associate Professor of African American Studies and Performance Studies at Northwestern University. He is the author of Appropriating Blackness: Performance and the Politics of Authenticity, also published by Duke University Press

Mae G. Henderson is Professor of English at the University of North Carolina, Chapel Hill. She is the editor of Borders, Boundaries, and Frames: Essays in Cultural Criticism and Cultural Studies and coeditor of the five-volume Antislavery Newspapers and Periodicals: An Annotated Index of Letters, 1817–1871.