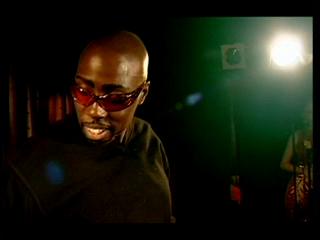 A FILM JOURNEY THROUGH A UNIVERSE OF FEMALE MASCULINITY

A film by GABRIEL BAUR

A legendary Drag King Night in New York is the point of departure for an odyssey to transgendered worlds, where women become men – some for a night, others for their whole lives. What motivates them. What changestake place? What do they dream of? The drag kings of New York meet in clubs and change lustfully into their male alter egos, parodying them and exploring male eroticism and power strategies. In London we see women experiment with hormones to become new men and “cyborgs”. Masculinity and transformation as performance, subversion or existential necessity. An intimate film about people who create intermediate sexual identities.

The journey begins in New York. It was here, in the legendary Club Casanova, that the Young Wild Ones began writing Drag King history under the Master of Ceremonies Mo B. Dick. We meet the Haitian-American Mildred, who works in an office during the day and in the evening, as the sexy Dréd, mesmerizes her fans with her songs. She dreams of stardom and of meeting the great love of her life. Here, too, we encounter the most famous Drag King of Germany, Bridge Markland, who is constantly on the lookout for provocation and anything extreme and who ponders about her bi-sexual identity. And we come across the traces of Drag King pioneer Diane Torr, who lives with her 16 year old daughter in New York. Long before it became trendy, she was one of the initiators of the King movement and has been giving performances and workshops for over two decades. We accompany Torr, transformed into one of her masculine alter egos and, through her, discover the secrets of masculine body and power strategy.

Del LaGrace Volcano, who lives in London, has personally experienced how limited social acceptance is for “MenWomen”. Up until a few years ago, his name was still Della Grace, and with him we enter into the world of bodily transformation. He belongs to a group of transgendered men in London who are experimenting with testosterone, who also sometimes describe themselves as Cyborgs. They speak openly and directly about their experiences and yearnings. In London we examine the question, with Del’s assistance, of what it means to be a new man. Del’s path is an unusual one. He tries to lead a life between man and woman, which means he is constantly compelled to create new terms and new life situations. Hans, his friend, has chosen to continue his life for the time being as a man. He found it too complicated to live somewhere between man and woman. Our encounter with the new men in London forces us to confront the basic understanding of what is man and what is woman and how confusing this can be. The film takes place within the framework of a Drag King night in a New Yorker Club (“Slipper Room”), where Kings, Queens and the entire ‘Kingdom’ come together, dreaming of a time in which repressive sexual norms disappear.